HomeBlogPlace a Bid on Island History

Place a Bid on Island History

Alison Ross may look familiar to some that enjoyed the T.V. show Pawnathon Canada while it aired. That’s right; she was one of the five pawn masters that would appraise items on the show.  She has also been the proud owner of Kilshaw’s Auctioneers since January of 2006. Kilshaw’s is an auction house located in Victoria BC.

How far back can the origins of a company go? It’s not often, but sometimes they can go all the way back to just before the 1800’s. The 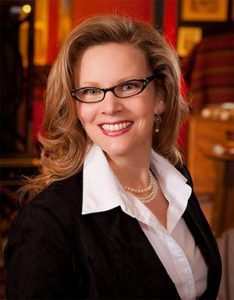 origins of Kilshaw’s Auctioneers can be traced back 6 generations to Kendal, England where William Kilshaw started it all in 1790. During the reign of George III, a Kilshaw was pairing buyers with sellers of home furnishings, real estate, farm implements, and cattle.

Alison is well qualified having earned her Master’s degree in History in Art in 1994 from the University of Victoria (UVIC), but what motivates her to get up every morning and go to work?

“Well the things that motivate me is always that thrill of the chase and the hunt. Because you never know day to day what might walk through the door. So, that is one of the great excitements about working in an auction house. Also, the ability to serve the community.” Alison said.

What’s the driving force bringing the customers back?

“Well, the Kilshaw Family prided themselves on a tradition of honesty and integrity, and I had done my best to continue doing that tradition. I think that inspired people to return, as well we have very knowledgeable staff here and very unusual items.”

So, if honesty and integrity are what’s bringing them back, how does the service this company provides make the customers feel?

“Generally, in a lot of cases when people are dealing with an auction house it’s a very stressful time. It could be that a family member has passed away or they’re going through a divorce and things like that. It’s not always a happy moment when we are called into to help people. I like to think that we leave people feeling helped and cared by us. So, I try and treat, particularly our elderly clients like I would treat my own parents or how I would want them treated.” Alison said.

Where is this over two-century-old business going? Well, there’s only one place left to go at this point, and that’s online. They’re now involved with invaluable.com which is an online service that connects bidders to live auctions. Been to an auction recently and someone outbid you, but you couldn’t see who it was? Well, that’s because they weren’t there and they were bidding from outside the room and possibly even outside the country.

“We are no longer just the auction house to little old Victoria BC; we’re now an auction house that markets to the world. Nothing but growth from here.”

How many virtual bidders are out there?

“There can be 3 million potential bidders worldwide.”

“We’re not marketing to just Victoria anymore, but we’re literally marketing to the world; we’re shipping all over the world now.”

What’s the little-known thing about Kilshaw’s everybody should know?

“I think most people don’t realize that we started in the 18th century, and the reason we have lasted so long and stood the test of time is our core values of honesty and integrity, but that’s one of the things where you don’t want to go by the fly by night company when you’re dealing with your mother’s estate or something like that. You want to have somebody tried and true.”

Kilshaw Auctioneers does a lot of estate work; they are accredited appraisers, so they go out and do a lot of work for law 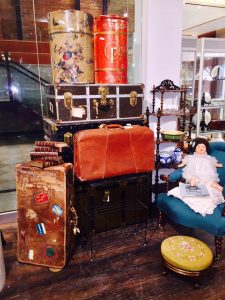 offices in town which consists of a lot of appraisals of certain items. Then, a lot of times those estates will come in for sale as

well. Kilshaw then auctions off the estates as well.

“Each week we have about 100-150 different consignees and that number of buyers as well.”

What’s special about Kilshaws Auctioneers being in Victoria?

“When people come to retire in a place like Victoria, they don’t bring their inexpensive furnishings; they bring their family heirlooms and their precious items. So, Victoria is a real hotbed for all sorts of not just antiques, but the mid-century design and high-caliber art and decorative objects. We bat way above our league really for what we get in Victoria, which is why we have people watching our auction house all over the world.”