From Internship to Assistant Manager NEDC’s Caledonia wears many hats

When Caledonia Fred signed on for an internship at NEDC, she thought, at the time, that it would be a temporary posting.

Now NEDC’s assistant manager, Fred has worn many hats over the years. All of which she says have helped prepare her for her current position.

Following her one year internship, Fred spent the next four years as the youth business coordinator. After that she was the senior business service and support officer for eight years, then two years as a business development officer. She’s going on two years as assistant manager.

It’s a great fit, she says, “because I have a full understanding of all areas of the business and I have a historical knowledge of where NEDC has come from — how it got to where it is.”

And NEDC has certainly seen a lot of changes over the years.

Changes, she says, “in the programs, in improved efficiency, in technology, in priorities…”

NEDC she points out, has been a top-of-the-line organization with very high standards since day one, and that commitment to the cause continues.

“Since I started with NEDC, they have been expanding programs and service area,” she says, explaining that when NEDC was established, it was restricted to delivering programs in one First Nations groups’ region only and their exceptional service delivery standards opened opportunities to partner to deliver other programs to a larger market.

Fast forward to today, and the NEDC services all Aboriginals (Status & Non-status First Nations, Métis, and Inuit) across Vancouver Island with an array of programs and services with multiple funding partners.

And with modern technology has come the ability to better service a larger area. 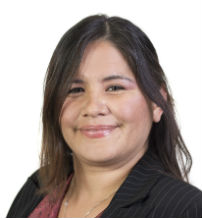 In the past, she points out, communicating with people in rural/remote areas “was very difficult. It meant a lot of travelling, a lot of face to face that needed to be done, slow mail service but with the internet we can conduct online forums, online conversations… we can e-mail easily… it’s had a huge impact on aboriginal business and our ability to communicate with our clients and get the word out.

Keep in mind, NEDC didn’t even have a web site when she started back in 2000.

Not surprisingly, the size of the projects has grown significantly over the years.

The businesses of the past, she says, “were all quite small compared to what we have now where we have nations doing multi-million dollar projects. I mean they’re doing hydro dams, whereas before it was usually little campgrounds or something.”

The skill-set required has also changed. As have the band structures, which has forced NEDC “to take a look at what does this mean if we’re lending to people that are no longer on a reserve, that are now on treaty land… all this has challenged us to grow and learn more about what all these factors mean for us.

Fred concedes that early on she thought she may eventually get bored with her job, “but everything is always changing. Just when you think you know what to do something comes up you’ve never seen before and you have to figure it out

“We have a very good team.”

Born and raised in Port Alberni, Fred is a member of the Tseshaht nation.

Prior to NEDC, Fred attended college in Victoria. Now 41, a mother of two grown daughters with a supportive spouse, Fred is grateful NEDC helped her obtain her bachelor of commerce in entrepreneurial management.

She says she had every intention of moving back to the big city after her intern at NEDC was finished, “but when I started working here… they were very easy to work for. They were very accommodating to what I wanted to do with helping aboriginal people be successful in their business.

“They saw my passion,” she said, “and it was a really good fit. Every time I thought about leaving, they enticed me to stay.

“It also gave my children an opportunity to grow up in their community and get to know their culture.”